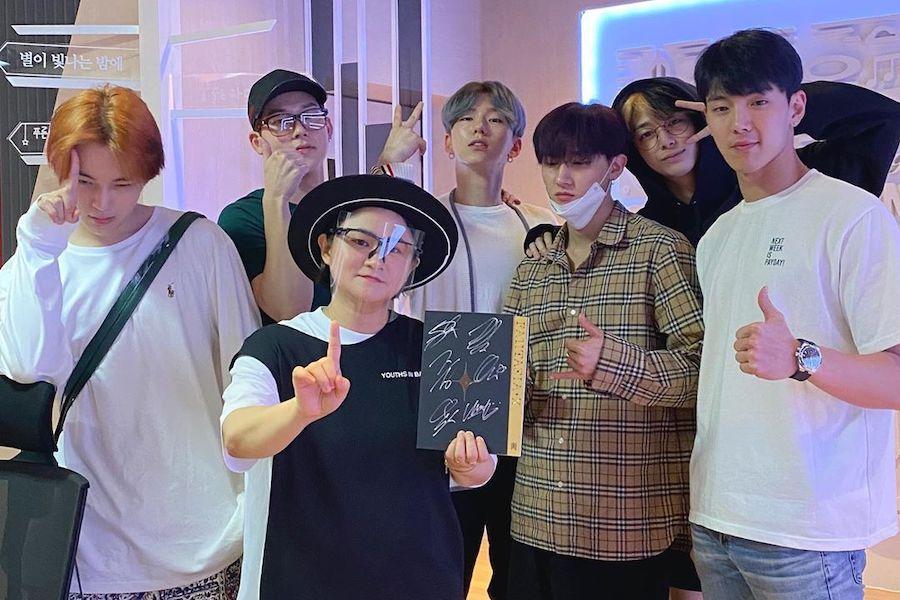 On May 27, MONSTA X appeared as guests on the MBC FM4U radio show “Kim Shin Young’s Noon Song of Hope.”

During the show, the group talked about their latest album “FANTASIA X,” their Billboard achievements, their recent hobbies, and more.

In response to Kim Shin Young’s comment about their global popularity, the members said, “One of our American staff members told us they thought we would rank in the Top 10. It’s not an easy thing to do, so we kind of dismissed it. But we were shocked to find that we ranked at No. 5.” MONSTA X made their Billboard 200 debut at No. 5 earlier this year with their English-language album “All About Luv.”

MONSTA X also talked about how they chose “FANTASIA” as their title track. Minhyuk said, “It wasn’t ‘Fantasia’ at first. It was a competition between two songs, and for various reasons, we chose ‘FANTASIA.’ After adjusting it about four to five times, it became the song it is now.”

Kihyun said, “It felt a bit uncomfortable because we weren’t quite satisfied with what we were doing. The other song in competition hasn’t been released yet. It’s being held tightly under wraps. It will probably come out in the next album.”

MONSTA X then answered a series of random questions on the show. Asked to pick the member most likely to keep quiet if they won the lottery, I.M said, “It’s not me. I think I would tell them. I think Shownu wouldn’t.” He added, “It’s not a bad thing. Shownu doesn’t really talk about himself that much, so I don’t think he would tell us if we won the lottery.”

Another question was about whether they would prefer to play Ri Jung Hyuk (Hyun Bin) in “Crash Landing on You” or Park Sae Roy (Park Seo Joon) in “Itaewon Class.” Minhyuk said, “I haven’t seen either drama, but the answer is obvious. Hyun Bin. I like his sharp looks and vibe.”

Joohoney said, “For me, it’s ‘Itaewon Class.’ I’m the type to get immersed into a drama, so I liked that it was very realistic. I feel like that’s a situation I could be in. I’m also watching ‘The World of the Married’ right now. I decided to binge it.”

MONSTA X dropped their latest album, “FANTASIA X,” and the title track “FANTASIA” on May 26.