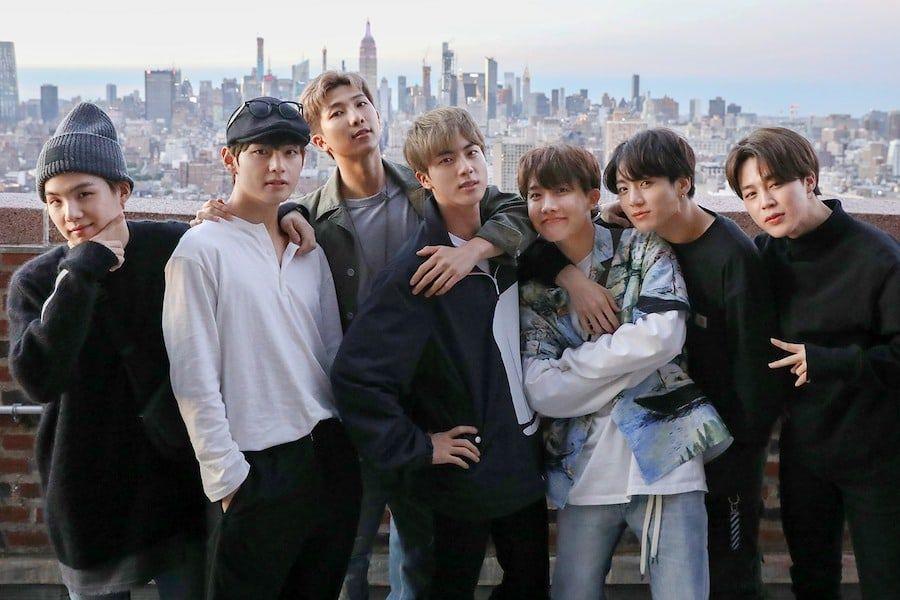 According to Forbes, BTS is one of the Top 50 highest-paid celebs in the world!

On June 4, Forbes released its Celebrity 100 list for 2020, which ranks the world’s highest-paid celebrities and includes Kylie Jenner at No. 1.

BTS takes No. 47 on the list with an estimated $50 million pretax income. Forbes writes, “The K-pop supergroup grossed $170 million on the road in 2019, more than any American band except Metallica.”

Last year, BTS made their debut on the Celebrity 100 at No. 43. In both years, BTS has been the only Korean artist on the list.

The Celebrity 100 list is ranked through figures based on data from Nielsen Music/MRC Data, Pollstar, IMDB, NPD BookScan and ComScore, in addition to interviews with experts and many of the celebrities themselves. It lists “front of the camera” global stars using pretax earnings from June 2019 to May 2020 before deducting fees for managers, lawyers and agents.

BTS Receives 2020 UNICEF Inspire Award For Their “Love Myself” Campaign