MONSTA X was the latest guest on “Idol Radio,” where they talked about their new album, dorm life, and more!

On the June 4 broadcast of “Idol Radio,” MONSTA X started off with a powerful performance of their new title track “FANTASIA.” After, Shownu commented, “I say I’d be able to do this five times on a broadcast, but the choreography is unbelievably hard. I don’t know if it’s because I’m old or because of some other reason.”

The group also performed a medley of their hit songs and obliged to cover 2PM’s “My House” after overflowing requests from fans. 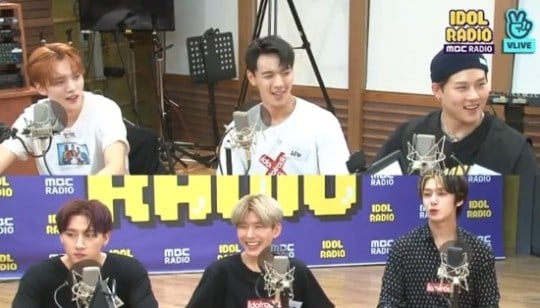 I.M also performed “FLOW,” a b-side from their latest album “FANTASIA X.” He picked it as the song he empathized with most while participating in the production of their album, sharing, “Since life isn’t easy, it holds the idea that you sometimes just have to go with the flow.”

MONSTA X also spoke about their dorm life, where Kihyun has his own room, I.M and Minhyuk share a room, and Shownu, Hyungwon, and Joohoney share a room.

Kihyun explained why he’s the only one with his own room, saying, “It’s rock paper scissors. We decide everything with rock paper scissors.” While he has his own space, the group revealed the con that his room is small, whereas the pro of Shownu, Hyungwon, and Joohoney’s room is that it has a closet and a bathroom. 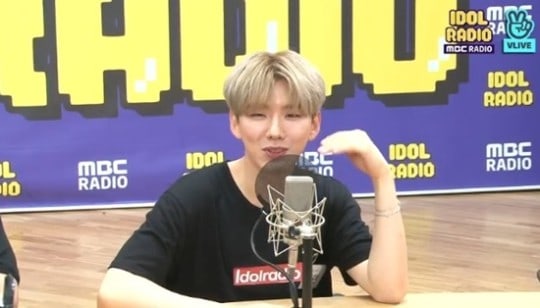 When asked about any recent funny stories from their dorm, Joohoney shared, “Not too long ago we had just finished work, and when you’re tired, sometimes you just let go of yourself. Shownu, Hyungwon, and I had all let go of ourselves. Not even dressed in underwear, we danced around in the living room.”

Host DAY6’s Young K asked, “Since you all have nice bodies, which member walks around the dorm naked most often?” Kihyun answered, “The highest in frequency is I.M. He could take off his clothes right before he goes in the shower, but he takes them off half an hour early and waits. In front of the bathroom.”

Without even bothering to explain himself, I.M casually accepted the answer, causing everyone to laugh.

Joohoney, who recently appeared on “The King of Mask Singer,” spoke about his experience singing on the show. He shared, “I was so nervous. On days like that, I don’t sleep well. I couldn’t sleep.” 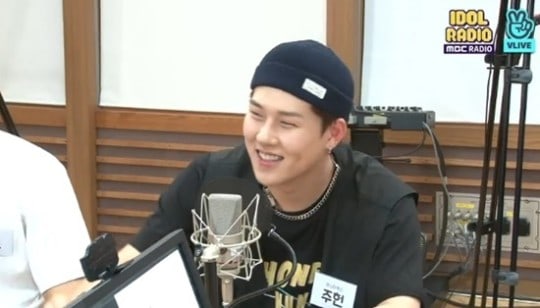 Young K complimented the rapper’s singing skills and asked which member he would recommend to go on the show. Joohoney picked Minhyuk, who shared that he would try, showing off a short cover of DAY6.

Given the friendly relationship between MONSTA X and hosts DAY6’s Young K and GOT7‘s Youngjae, I.M jokingly commented, “I’ll have to think twice about appearing on ‘Idol Radio’ next time.”

At the end of the broadcast, Joohoney shared, “We are always well aware that our fans are sending us lots of support. In the future, we will continue to stay strong while promoting.”