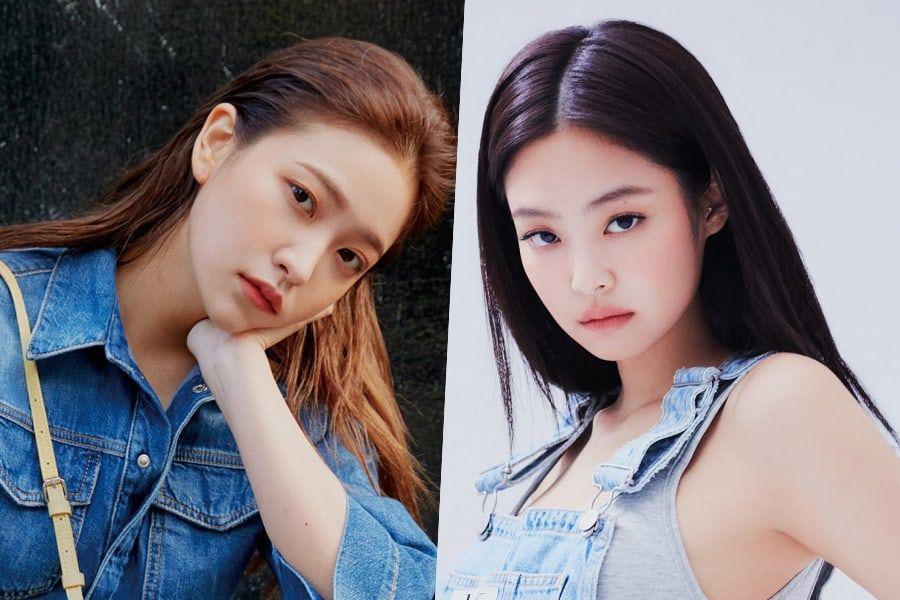 On July 5, Jennie held an Instagram Live broadcast to chat with her fans after BLACKPINK snagged their first music show win for “How You Like That” at SBS’s “Inkigayo.” She then got visibly excited as she noticed that one of the many people tuning in was none other than Red Velvet’s Yeri.

Jennie’s face lit up as she exclaimed with a gasp, “It’s Yerim [Yeri’s given name]! Yerimmie!” She then announced that she would try to connect with her, before addressing Yeri directly to add, “If you’re not in a situation where you can talk, just decline my invite.”

Shyly covering her face with her hand, Yeri joined the broadcast with a high-pitched squeal of embarrassment as Jennie burst out laughing. Jennie said excitedly, “This is my first time trying this,” and Yeri greeted the viewers by saying, “Hi, guys. You probably can’t tell who I am right now, but this is Yeri.”

JENNIE IS LIVE WITH YERI THIS IS A WIN FOR BLACKVELVET NATION OH MY GOD pic.twitter.com/QHaennY76a

Yeri went on to ask Jennie, “Unnie, you can tell where I am right now, right? I bet you can.” Jennie playfully replied, “I think I can tell right away. I’m going to say you’re in bed,” and Yeri confirmed with a laugh that she was right.

Before leaving, Yeri showed BLACKPINK some extra love by busting out into a brief rendition of “How You Like That.” She also proudly mentioned that she had seen Jennie wear a modernized hanbok (Korean traditional clothing) on that day’s episode of “Inkigayo.”

YERI SINGING HYLT WHILE ON LIVE WITH JENNIE TELL ME IM DREAMING pic.twitter.com/perOJx4JR6

That same day, Yeri continued to adorably show her support for her friend by jamming to “How You Like That” during her own Instagram live broadcast.

Yeri jamming to how you like that is something I never knew I needed ?pic.twitter.com/Nv1qoLxUTJ

Watch BLACKPINK on the latest episode of “Inkigayo” below!