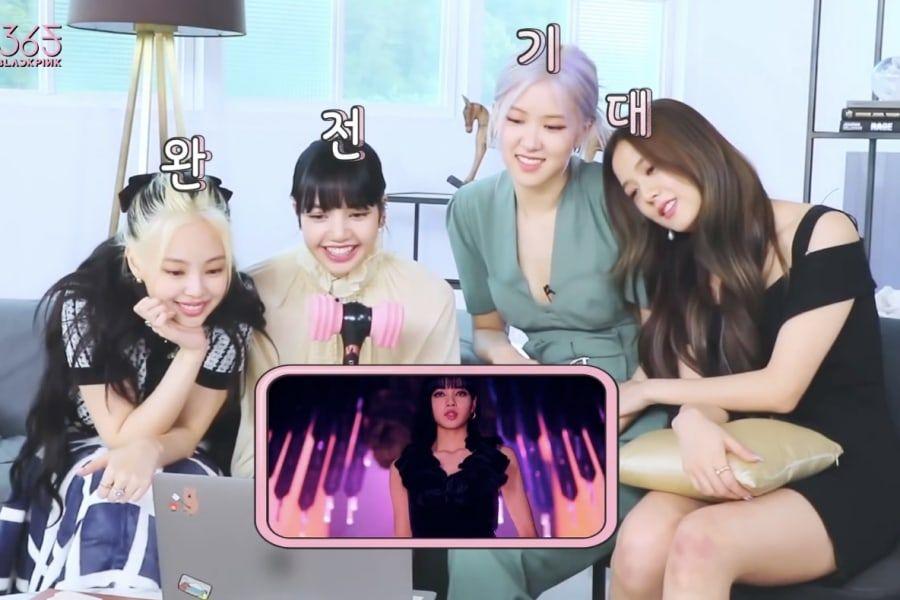 BLACKPINK has shared footage of their reaction to their own “How You Like That” music video!

On July 11, BLACKPINK released the latest second episode of their new reality show “24/365 with BLACKPINK.” The episode begins with the BLACKPINK members filming their music video for “How You Like That,” then follows them as they attend their press conference for the release and hold a live broadcast for their fans.

Finally, at the end of the episode, the four BLACKPINK members sit down to watch their new music video for the very first time. The idols are unable to hide their excitement as they start watching the video, and they adorably marvel at each other’s individual scenes, praising each other’s beauty and asking how certain shots were filmed.

Afterwards, the BLACKPINK members happily applaud, and Jisoo jokes, “I want to watch it just 50 more times!” Lisa laughs, “Then let’s watch just one more time!” The caption then reveals that BLACKPINK actually ended up watching the video three more times on the spot.

Check out BLACKPINK’s full reaction to their “How You Like That” music video with English subtitles below! (Their reaction starts at 13:37 in the video.)