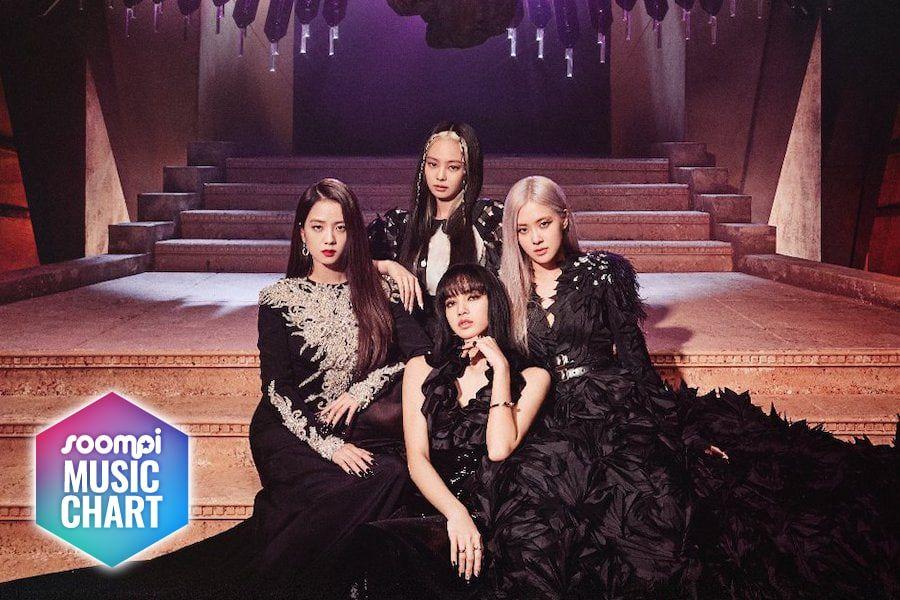 There are many changes in the top 10 of Soompi’s Music Chart this week!

BLACKPINK’s new song “How You Like That” moves up ten spots to take over as our new No. 1 song this week. This song debuted at No. 11 last week despite being released only three days before the chart cutoff date. “How You Like That” has been sweeping music charts and music shows in Korea recently. Congratulations to BLACKPINK!

“How You Like That” is a pre-released single from BLACKPINK’s upcoming album which is scheduled to be released later this year. It is a powerful hip hop song filled with the group’s unique and charismatic charms, and the song expresses determination to advance and fly higher in any dark situation.

Debuting at No. 2 is MAMAMOO’s Hwasa with her latest hit “Maria,” the title song from her first mini album of the same name. Hwasa took part in the composition and lyrics of this song with a deep message about all the pain caused by hatred towards someone. The lyrics suggest taking a positive step forward with hopes and dreams.

Rounding out the top three is IZ*ONE’s “Secret Story of the Swan,” moving down one spot to No. 3.

Sunmi’s “pporappippam” enters at No. 6. It is a city pop dance track with a stunning combination of brass, synth bass, flute, strings, and guitar sounds. The summery song expresses various aspects of love.

Following the huge success of “Any song” earlier in the year, Zico’s “Summer Hate” debuts at No. 9 this week. The summery hip hop track describes the annoyance experienced on a very hot summer day, and the song features Rain.

Tiny Studio Tour - It Gets the Job Done!

What Happened to Crayon Pop - The Most Surprising Kpop Phenomenon