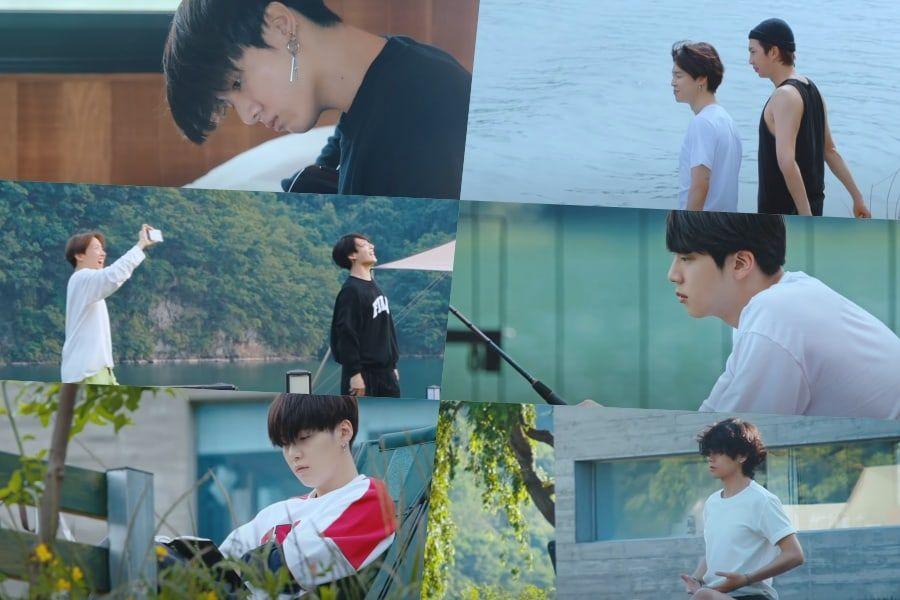 BTS released a new teaser for their upcoming reality show “In the SOOP BTS Ver.”!

“In the SOOP BTS Ver.” (“soop” means “forest” in Korean) takes place in the woods, and the concept of the show is to spend time doing activities that are “somewhere in between everyday life and leisure.” Though all of the members will each be doing different things, the seven of them will be spending time together in the same place.

The newest teaser features the members enjoying time to themselves in the breathtaking outdoors as they pursue their individual interests. Basking in the warm sunlight, Suga reads a book, Jin fishes, and Jungkook practices his guitar. The members also spend time together: RM and Jimin stand by the shore and gaze at the lake while J-Hope and V have a blast flying a toy airplane together.

Watch the full teaser below!

“In the SOOP BTS Ver.” will premiere on August 19 and air every Wednesday at 11 p.m. KST via JTBC.

Fans can also watch the show on BTS’s Weverse community starting August 20 at midnight KST. On the platform, extended 80-minute versions of the episodes will be available, and several unaired behind-the-scenes clips will also be revealed. Pre-sales began on Weverse Shop on August 4 at 11 a.m. KST.

In the meantime, watch SBS’s “BTS Variety Chronicles” below!