On August 8, BLACKPINK’s members took to Instagram to celebrate their fourth debut anniversary. The group made their debut on August 8, 2016 with their single album “Square One,” and they’ve gone on to become one of K-pop’s most popular artists around the world.

The quartet all shared a cute group photo and wrote messages to each other and their fans Blinks.

Jisoo wrote, “Time’s gone by and it’s already BLACKPINK’s 4th anniversary. I always love and feel grateful for our BLINKs, who are always by our side. Also, I love you so much, my members whose existence alone makes me feel reassured. BLACKPINK 4ever BLINK.”

Along with more photos of herself, she wrote “Happy 4 years anniversary Blinks.”

In her Instagram stories, she shared a look at some cakes celebrating their anniversary! 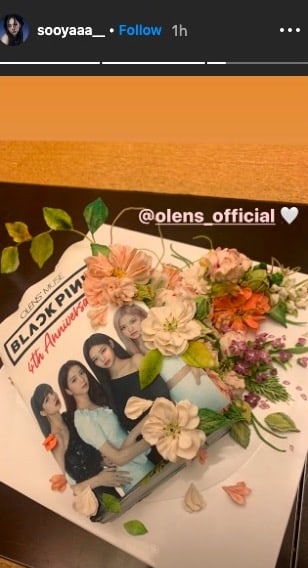 Rosé shared the photo in her Instagram stories and tagged the other girls.

She also uploaded photos of herself and said, “4 years with blinks. Thank you and we love you always xx.”

She also shared more pictures and said in a mix of Korean and English, “Thank you so much BLINKs for being together with us for four years. Happy to have these 3 silly bums next to me. Please keep taking care of us, BLINKs.”

BLACKPINK is currently getting ready to release a new single on August 28, followed by their first full album on October 2.