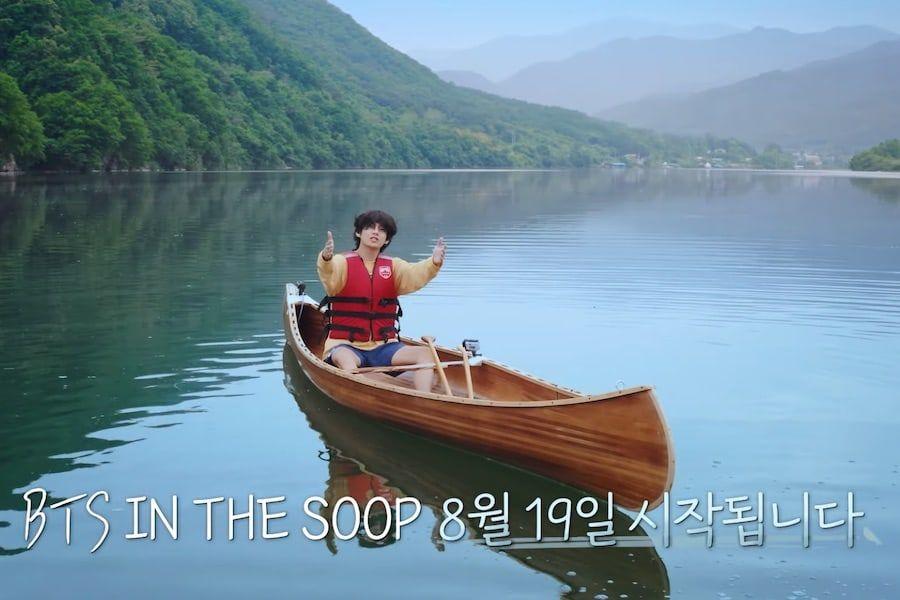 “In the SOOP BTS Ver.” (“soop” means “forest” in Korean) takes place in a house in the woods and the concept is to spend time “somewhere between everyday life and leisure.”

Like the previous teasers, which focused on the calm and relaxing atmosphere of the forest, the new teaser begins with a beautiful shot of the house and its environment. The subtitles reveal that the show was filmed back in June. At first, all seems peaceful as the BTS members fish by the lake, paint, and take a nap outside.

However, the teaser soon cuts to RM saying, “What did the production staff expect?” as BTS brings a level of chaotic energy to the scene. The members encounter unexpected problems as they cook their own meals, row their own boats, and chop their own wood, and solve these problems with laughter, noise, and fun.

The teaser ends by showing BTS engaging in activities like cooking, working in the field, playing games, playing pranks, painting, reading, and enjoying the campfire.

In the meantime, watch SBS’s “BTS Variety Chronicles” below: