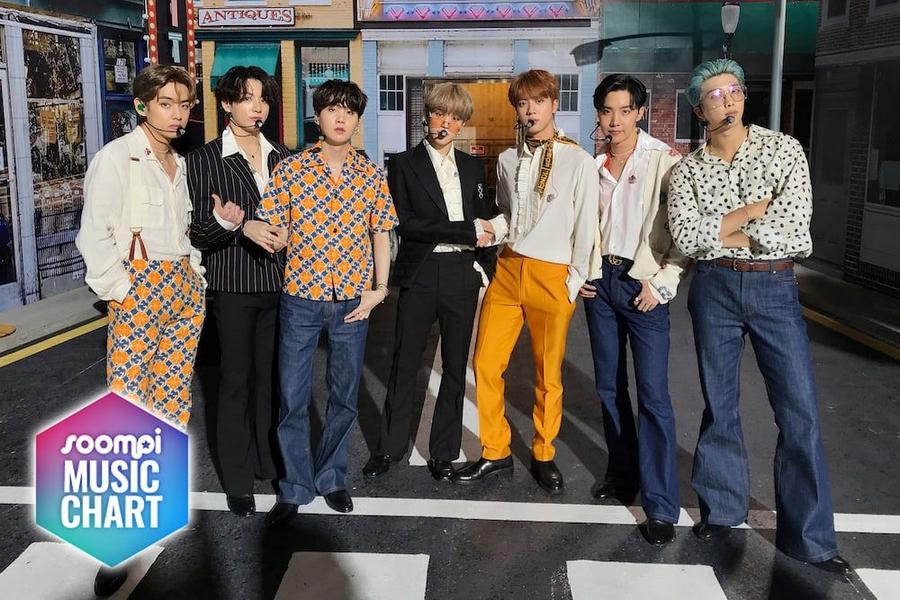 The top three songs remained the same as last week’s chart! BTS’ “Dynamite” is our No. 1 song for the second consecutive week. This song has accumulated 13 music show wins in Korea and is also a major hit internationally. Congratulations again to BTS!

ITZY’s “Not Shy” and BLACKPINK’s “Ice Cream” with Selena Gomez maintain second and third place, respectively, on our chart this week.

There is one new song in the top 10 this week. Debuting at No. 4 is “Criminal” from SHINEE’s Taemin. The title song from his studio album “Never Gonna Dance Again : Act 1,” “Criminal” is a synthwave track that expresses attraction towards someone as Stockholm syndrome.