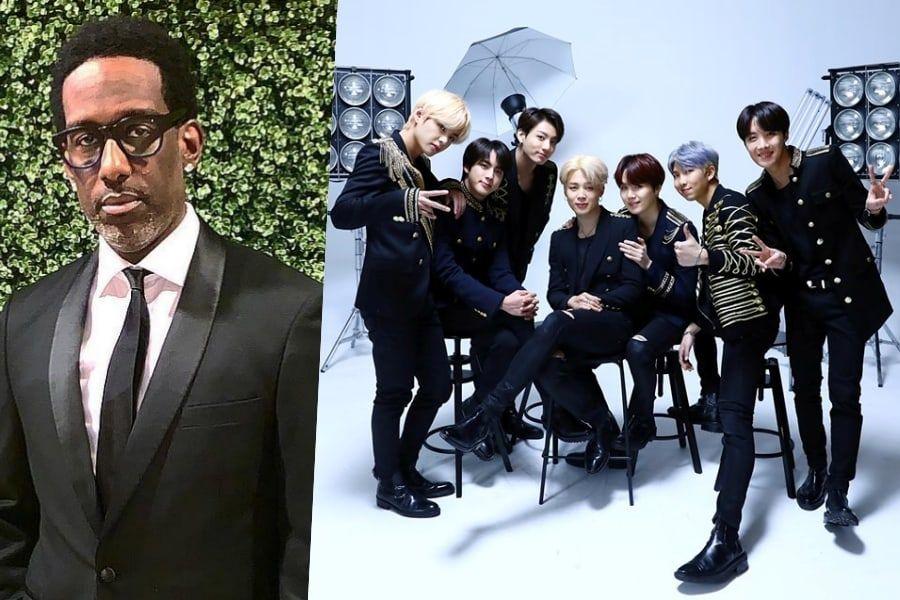 In a recent interview with KBS’s “Entertainment Weekly,” Shawn Stockman said, “My son likes them. He plays the music all around the house and everything, and obviously BTS is the biggest band in the world right now. I didn’t know any of their music but [after] seeing the show, I was impressed. They put on an amazing show. [They were] crazy energetic and a lot of their songs are really nice, like R&B, soulful. I got into it.”

His fellow member even shared that Shawn has a poster of them in his room, and Shawn proudly admitted the fact. The interviewer said, “So you became an ARMY,” and Shawn declares, “Yes, I am an ARMY.”

Shawn also talked about his cover of “Serendipity,” saying, “I’ve never done anything in Korean, so I had to write it out phonetically for me because I don’t read Korean. So how he sounded was how I wrote it.”