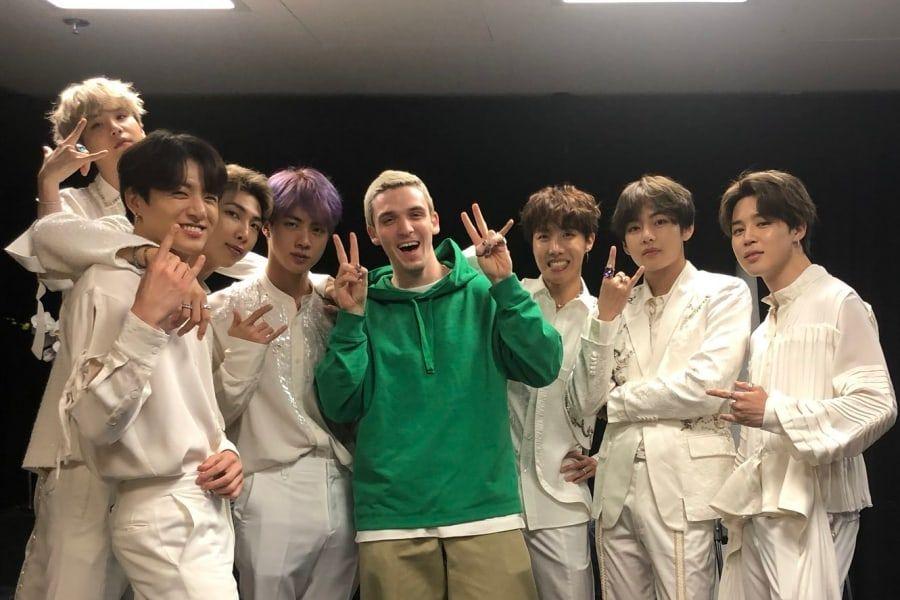 BTS may be teaming up with American singer Lauv for a new remix!

On October 17, Korean news outlet OSEN reported that BTS planned to release a special remix of their song “Make It Right” featuring Lauv the next day.

Lauv also seemed to hint at the possibility of such a collaboration on Twitter, posting an old photo that he had taken with the group earlier this year—albeit edited so that his shirt would match those of the BTS members—and writing, “Did I finally #makeitright?”

The singer-songwriter previously showed his love for the group by attending their concert at London’s Wembley Stadium in June, then posting the photos he’d taken with them backstage and writing, “Love u.”

Later that morning, Big Hit Entertainment responded to the report by stating, “We are releasing our official content according to schedule. We cannot confirm any specifics.”

BTS previously released “Make It Right” as a B-side on their mini album “Map of the Soul: Persona” in April. Despite the song not being a title track, it climbed as high as No. 95 on Billboard’s Hot 100 chart earlier this year.

Are you excited to potentially see BTS and Lauv collaborate on a remix of “Make It Right”? Stay tuned for updates!