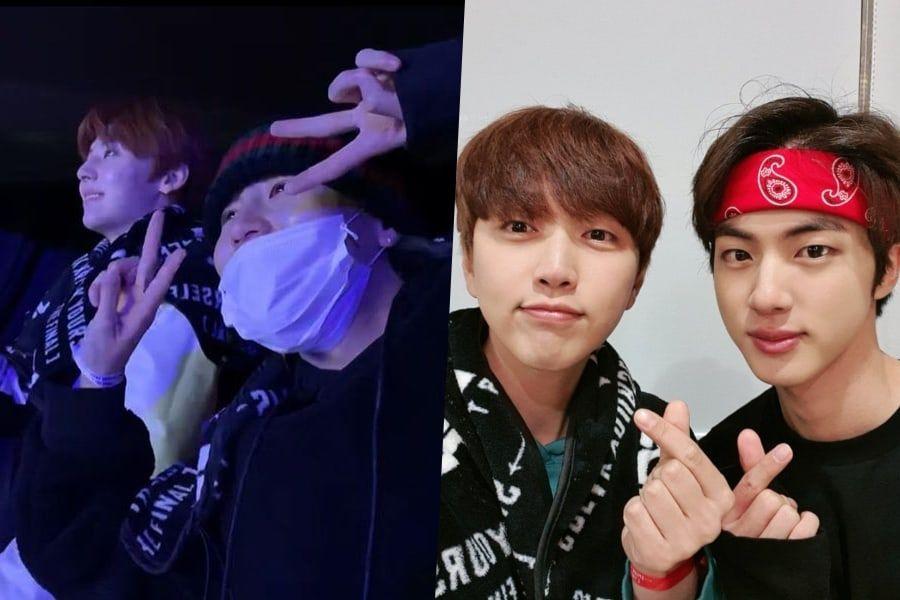 BTS’s friends came to show their support at the group’s recent concert!

Some of the group members’ friends came to cheer on the team, including Ha Sung Woon, NU’EST’s Minhyun, Super Junior’s Leeteuk, and B1A4’s Sandeul.

Following day three, Ha Sung Woon uploaded a series of videos to his Instagram of him dancing with NU’EST’s Minhyun. He captioned the post, “A really cool artist,” with hashtags, “BTS,” “Thank you,” “It’s fun,” “I took a picture with BTS too,” and “But Hwang Minhyun is so good-looking.”

Also on October 29, Super Junior’s Leeteuk posted a photo on Instagram of the audience. His caption reads, “BTS” and “Hoseok, don’t get hurt and hwaiting!”