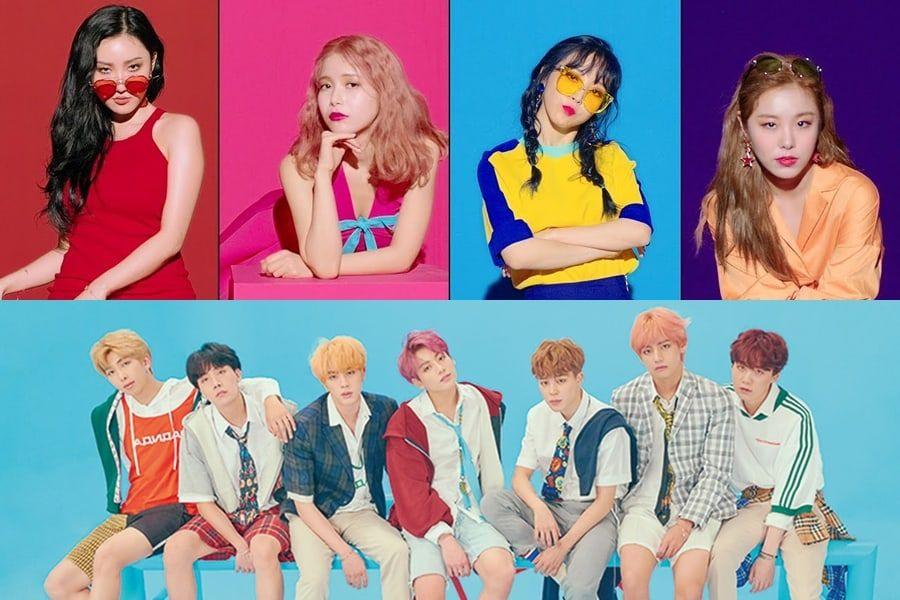 Music is more than just a means of entertainment; it also often bears takeaways to ponder while listening. K-pop songs are just the same, as many hold meaningful lessons within the lyrics. That being said, one of the many messages found in K-pop songs is about accepting oneself — no matter how flawed.

Here is a non-exhaustive list of solo and group releases with idols’ different portrayals of self-acceptance.

Zico has been blessing us with many MV releases from his mini-album “THINKING Part.1,” and “Extreme” is his rawest one yet. As he mirrors his thoughts in the lyrics, the rapper embraces the extremes that make up his personality and states that there is nothing wrong with being both sides of the coin.

Stray Kids definitely knows a thing or two about the path to being at peace with oneself, and they don’t shy away from sharing their wisdom through their music. According to them, no matter how many times you fall back, learning from your mistakes and moving forward is a part of the growth process that defines you as a person.

Honestly, the title says it all. Featuring a set of witty and spot-on statements, MAMAMOO firmly draws the line between who they are and what society wants them to be. Bold and straightforward, this jam could easily make the perfect anthem to boost self-confidence.

Amber has voiced her well-founded views time and time again, and each one comes with a life lesson. Similarly, this single of hers addresses the trap that hierarchical organizations tend to set on their subordinates. The singer then encourages her listeners to break the vicious cycle and to speak their minds against unjustified abuse of power.

This is another optimistic bop brought to you by B.A.P, which is more than just a reference to a newlywed couple’s vacation. The idea here is that you’re supposed to treat yourself like you’re always in the honeymoon phase. All you have to do is live in the moment and trust yourself while embracing things as they are. B.A.P says that doing so will help you lead a life of bliss and self-contentment.

Love is a strong feeling that can be represented in many shapes and forms. As such, self-love is a concept that very few are acquainted with — simply because the tendency to love others often overshadows the affection one bestows upon themselves. Using music to advocate for their message, BTS urges people to put themselves first and says that self-acceptance is the key to loving oneself.

While this is more of a girl power anthem, the message behind it still stands. Being yourself means acknowledging and being proud of every aspect of your personality, including the badass side. Being unapologetically herself, CL preaches exactly that through her verses while insisting that it’s “not bad meaning bad but bad meaning good.”

Age has always been a topic of debate, seemingly restricting people from making certain decisions and pressuring them into feeling that they should “act their age.” Well, IU begs to differ and states that while a lot of things change with age, such as taste and preferences, all of these differences don’t define a person because they simply vary according to their life choices.

This lineup wouldn’t be right without GOT7’s famously uplifting track about accepting yourself with all of your flaws. No matter how far peer pressure can go, the group says that you shouldn’t pay attention to what others say. Plus, beauty comes from within, and no amount of criticism can nullify that.

Which self-aware K-pop song speaks to you the most? Let us know in the comments below!

Watch: BTS Lights It Up Like “Dynamite” In Exciting iHeartRadio Festival Performance

Watch: “I-LAND” Contestants Perform In Finale + BTS And TXT Cheer Them On With Encouraging Messages

Watch: BTS Reunites With President Moon Jae In At Blue House To Give Speech For National Youth Day

Watch: BTS Returns To “America’s Got Talent” With Fun “One-Take” Performance Of “Dynamite”

BTS, NCT, And ATEEZ Make Twitter’s List Of Top 10 Most Tweeted-About Artists In U.S. During Past 6 Months