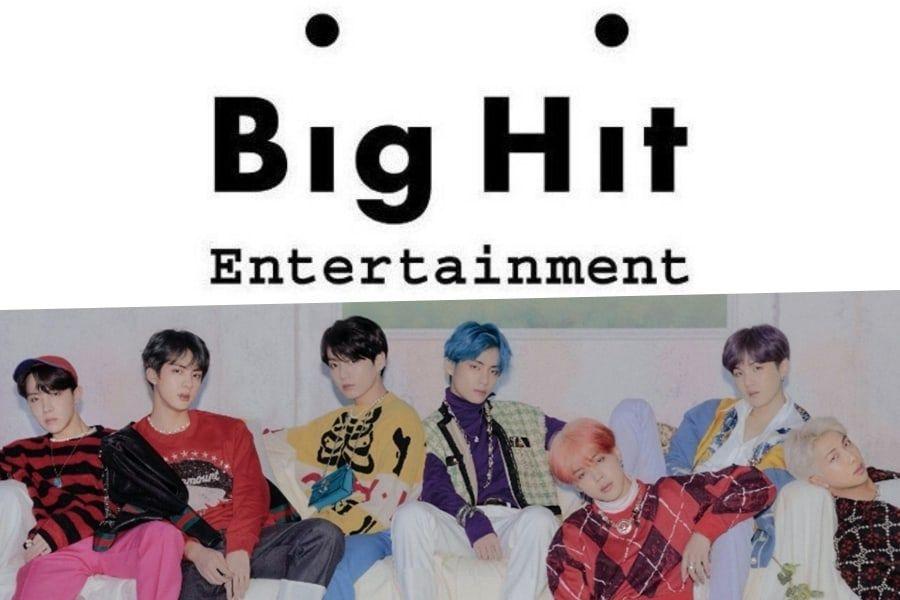 Big Hit Entertainment refuted recent reports that there are problems between the agency and BTS about profit distribution and their exclusive contract.

On December 10 at 1:25 p.m. KST, Big Hit Entertainment released an official statement regarding the claims made on JTBC’s “News Room” on December 9 about conflicts between the agency and BTS and expressed deep regret over JTBC’s conduct.

Hello, this is Big Hit Entertainment.

We will state our position on the claims made on JTBC’s “News Room” by reporters Choi Soo Yeon and Lee Ho Jin yesterday (December 9) at 8 p.m. KST.

The following position is shared by BTS, their parents, and the agency.

Before we make our official statement on the issue, the agency, BTS, and their parents ask JTBC to reveal what their intentions were when reporting these claims.

Just as we previously stated in response to JTBC’s reporter Im Ji Soo, the reports are groundless. Currently, BTS and their parents are not planning on taking legal action against the agency. The reports are unclear about what the profit distribution issue is between the agency and BTS. The agency and BTS are currently discussing matters that do not affect BTS’s exclusive contract. If they exaggerated this issue to make it seem like there is a huge dispute, then it does not follow the order of the matter.

Our position on the reports is as follows.

1. The reports claimed, “BTS sought legal advice from a large law firm over the distribution of profits with their agency, and the group is considering taking legal action.”

This is not true.

After the reports were released, we checked with the BTS members and their families, and they confirmed that they did consult with a law firm in the Gangbuk district of Seoul two months ago about part of the exclusive contract (related to the video content business). We confirmed that this did not progress into an official request, and the law firm did not give an official consultation.

It’s not that BTS is taking legal action because of failed negotiations with the agency regarding the contract. Rather, they consulted with a law firm and are now discussing the matter with the agency. JTBC reported on this after switching the order of events.

The agency has been actively encouraging BTS and their parents to seek counsel from accountants, lawyers, and other professionals on matters related to finance, settlements, legislation, and other matters. The value of BTS is growing every day, and as a team and as individuals, it is natural for them to seek external professional opinions.

At the same time, as an important partner, we are aware that conflicts may arise between the agency and BTS, and we have been working through all issues, regardless of level of importance, through active discussion.

Therefore, it is not true that BTS and their parents are taking legal action against the agency because of a few isolated matters, and we demand to know the intention of the reports.

2. The reports claimed, “Ahead of their contract renewal last year, BTS had problems with the agency over profit distribution. They could not resolve their differences and are preparing to take legal action.”

This is not true.

BTS currently has no intentions to take legal action against their agency about profit distribution or their exclusive contract. The media wrote reports using negative terms such as ‘differences in position,’ ‘ conflict,’ and more to make it seem like the agency and BTS are having a serious dispute. We would like to express deep regret over the reports that seem to be encouraging conflict.

3. The reports linked the agency to other problems and violated journalistic code of conduct.

Immediately after the reports were released, there were reports on other entertainment agencies that were unrelated to [Big Hit Entertainment]. We deeply regret that they tried to link the agency with issues that have nothing to do with us.

JTBC made exaggerated claims without checking the facts properly. They not only tried to link the agency with completely unrelated issues, but they also showed conduct that makes us question if they are indeed a media outlet that strictly follows journalistic code of ethics.

As if coming to the agency’s office without prior consultation and asking questions without any explanation weren’t enough, they entered the building without an access card and used footage filmed inside without permission for their broadcast. It seems as though they knew it would be problematic, as they decided to delete the footage filmed without permission before posting it online.”

We have security footage of the JTBC reporter’s intrusion as well as the video used in their first report. We believe that as much as the press has the right of freedom of speech, they need to follow proper procedures and policies when covering news. In this sense, we plan on filing a complaint regarding JTBC’s violations.

No matter what JTBC’s intentions were when reporting the claim, the reports are not true. JTBC exaggerated part of the content and reported it as if it were true, and the agency and BTS have been harmed by the reports linking us to unrelated issues. We believe that JTBC released reports without following even the most basic of procedures and demand a sincere apology and response from JTBC.

QUIZ: Can We Guess Your Favorite BTS Member Based On Your Personal Preferences?

“BTS Street” In Daegu To No Longer Be Developed