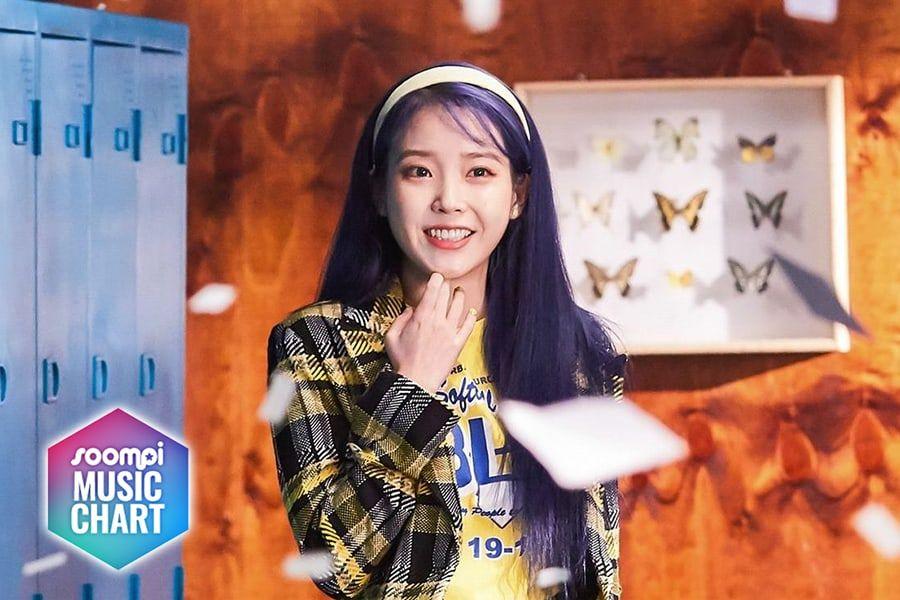 IU’s “Blueming” is the No. 1 song on our chart for the fourth consecutive week!. This song remains strong on all chart sources, and in its fourth week as our champion, it has gained even more points than last week. Congratulations again to IU!

Red Velvet’s “Psycho” rises one spot to No. 2. The song topped Gaon and Hanteo charts and has taken home six music show wins.

Moving down one spot to No. 3 is MAMAMOO’s “HIP,” which previously topped our chart for two weeks.

There are no new songs in the top 10 this week.

Soompi Music Chart is unlike any other music chart or television ranking. It takes into account rankings by various major music charts in Korea as well as the hottest trending artists on Soompi, making it a unique chart that reflects what’s going on in K-pop not only in Korea but around the world. Our chart is composed of the following sources:

Peakboy Thanks Friends BTS’s V, Park Seo Joon, And Choi Woo Shik For Coming To Support Him At Show

BTS’s Jungkook Forwarded To Prosecution For Involvement In Car Accident

Inspiring Idols Who Conquered Financial Difficulties On Their Road To Success